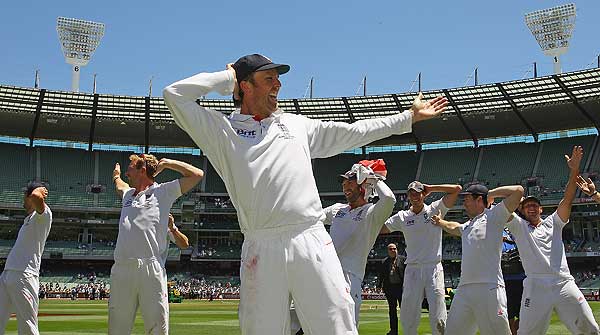 I began fiddling around with this post before play had even started on the final day of the Fourth Ashes Test in Melbourne, and that is probably another indication of how annoying fans of English cricket will become to Australians over the coming days, weeks and months. Cockiness has seemingly become part and parcel of the England fans’ mindsets over the series so far, at least in the eyes of the Aussies, and the bad news is there’s almost certainly worse to come.

Last night Andrew Strauss’ team retained The Ashes by comfortably winning the Fourth Test, thereby assuring at least a draw in the five match series. The series isn’t won yet – a win or a draw for England in the final Test at Sydney would clinch that – but the gloating is well and truly underway.

The thing is that it’s particularly hard not to gloat about any sporting triumph against ‘The Old Enemy’. I don’t even like rugby, but I couldn’t resist reminding any Australian I encountered of Jonny Wilkinson’s drop goal in the 2003 World Cup Final for some months after the event. Similarly, the Ashes triumphs on home soil in 2005 and 2009 were brought up at any opportunity, even if the 5-0 whitewash at the hands of the Aussies in 2006-7 put everything briefly into perspective.

This one is special, however. Every English touring side over the last twenty-four years has had to endure the sneering and sledging of the home nation and acres of accompanying newsprint devoted to the topic of whether such uncompetitive opponents warranted a five match series. Suddenly such commentary has fallen silent while the previously packed venues have steadily emptied as the home side’s fortunes have disappeared down the pan.

The Australian media have been a joy to behold on this tour, one minute claiming their favourites were not fit to wear the famous Baggy Green, the next pointing sharply at perceived English hubris. Now they are left to face defeat, and in so doing have given us a reminder that perhaps the British media aren’t the only ones who enjoy nothing more than giving their own a brutal character assassination. (My favourite outlet of the series has been the Sydney Morning Herald and an example of their no-holds-barred criticism of a deflated Australian side can be seen here.)

So I for one will not be afraid to wallow in a healthy dose of gloating at the expense of the previously unassailable Australian cricket team. Yes, England can still lose the Fifth Test and yes, Australia will almost certainly rebuild and come back stronger, but it’s hard to put away the memories of a quarter of a century of relentless Aussie gloating. It may not be big, clever or even slightly magnanimous, but I can’t take my eyes off the current disaster of Australian cricket – and I’m loving every minute of it.

Prepare yourself for a round of deep scorn, flagellation and recrimination from the tabloids as the inquest into the England football team’s well-deserved World Cup humiliation at the hands of ‘The Old Enemy’, Germany, gets under way from tomorrow. The wise-after-the-event will be dusting off their professional outrage in the traditional quadrennial inquest into the failings of the national game. Part and parcel of that process will be an inevitable debate about goal-line technology following the incident where the match officials missed what would have been an equaliser for England.

Don’t worry, I’m not going to attempt to analyse the woes of Fabio Capello’s team – others will be able to summon far greater hysteria for that purpose, and besides, (unlike its cricketing counterpart) I can’t work myself into a lather over the England football team at the best of times. But as someone who nevertheless loves the game, the sport’s attitude to technology is something that does interest me. Shouldn’t there be a fast and easy mechanism to inform the match officials that the ball has crossed the line?

The arguments in favour are clear and highly persuasive: it doesn’t hold the game up too much, the technology required is fairly simple, and it would have the (very hard to argue against) benefit of making sure teams like England wouldn’t be denied a perfectly legitimate goal (or that teams like West Germany weren’t penalised needlessly in World Cup Finals at Wembley, for that matter). But who said the debate over technology had to be a rational one?

Football is a game which raises the temperatures of those who follow it. Its disagreements and differences of interpretation are among the reasons people read the sports pages and talk about it in pubs and workplaces all over the world. For example, today’s other game (between Argentina and Mexico) saw a controversial opener by a player who was in an offside position when he scored. The goal shouldn’t have stood and all hell broke loose at half time between players, officials and coaching staff on the touchline – and it was great fun to watch.

Controversy is part of the appeal, and there will surely be more before the tournament is over. There are no end of people who will tell you that football has lost something since ‘the old days’ and perhaps they are right. Goal-line technology would take away something else – the talking point – and I think, however irrationally, that the game would be a poorer spectacle for it. It is, after all, meant to be entertainment, and what could be more entertaining than seeing, just to pick a random example, Spurs denied a certain winner at Old Trafford (below) purely because of the glorious incompetence of the match officials? Reason enough to leave things well alone. 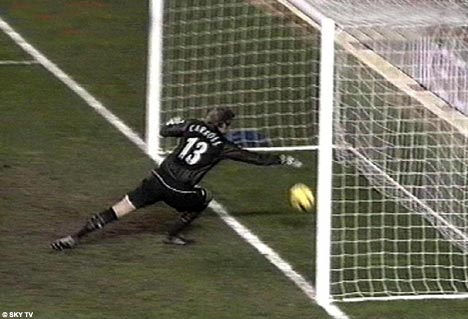 I love the World Cup. I love the skill, the passion and the excitement of watching the world’s best players compete to win the greatest prize in the world’s most popular sport, and I love the fans who travel thousands of miles to support their national side, even though most of them will return home disappointed.

I appreciate that football isn’t everyone’s game, and that the next four weeks will see an even greater television saturation of the sport than we have become accustomed to throughout the Premier League era. But for those of us who love this most beautiful of games, the first World Cup in Africa can’t come around quickly enough.

What I can’t buy into is the interminable and predictable hype about the current England squad. It is, of course, now traditional for our tabloid newspapers to ask the question “Is this England’s year?” as a precursor to seemingly endless wall-to-wall speculation about the team’s chances, alongside meaningless examinations of “injury worries”, off-field controversies, and the spending habits of ‘The WAGS’.

I have to be honest, I couldn’t really care less about the England team’s chances in South Africa this year. If you offered me a choice between an England World Cup win or an end to Arsenal’s five-year trophy drought, then I’d start dusting out the silverware cabinet at Ashburton Grove. Club football is what I watch week in week out, and the standard is higher than anything produced by the England national side. Add to that the unlovely Cole/Terry/Lampard element to the side and I find it difficult to see myself rooting for them as my all-conquering heroes.

In case you’re wondering, I’m not anti-English, nor am I a Cornish/Welsh/Scottish/Irish nationalist. As it happens, I think historical nationalism is just about the most pointless exercise anyone can engage in. I don’t care what your bit of land is called, or who did what to it several hundred years ago, and I’m not expecting any apologies from anyone for the brutal acts of long-dead kings that may or may not have affected the corner of the world I happened to be born in. Cultural nationalism – the preservation of identity through language, the arts and so on – is a different beast entirely, and is yet another attraction of the World Cup (and one of the reasons I normally end up rooting for the bright orange flash of Holland as the tournament progresses).

There are all manner of reasons why England probably won’t win the World Cup, foremost of which is the fact that there are around half a dozen other teams who quite simply have better players. Wayne Rooney is certainly the best player England have, but is that really going to be enough to overcome the challenges presented by Fernando Torres, Cristiano Ronaldo, Cesc Fabregas, Lionel Messi and so on? England will probably do what they normally do: outperform the fairly average talent within the squad, reach the quarter-finals, be knocked out on penalties by a team which has actually bothered to practice spot-kicks, and slink home to a kicking from the tabloids (all of whom built the team up way too far in the first place).

I will be in the happy position of not being the least bit surprised about such an outcome. I will also (probably) have the pleasure of watching the continuing involvement of Argentina, Brazil, France, Spain and – here’s hoping – Holland. I can’t wait. 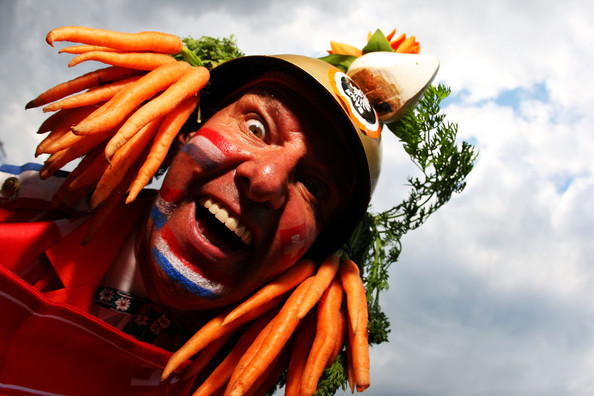 What I mostly bang on about:

Error: Twitter did not respond. Please wait a few minutes and refresh this page.