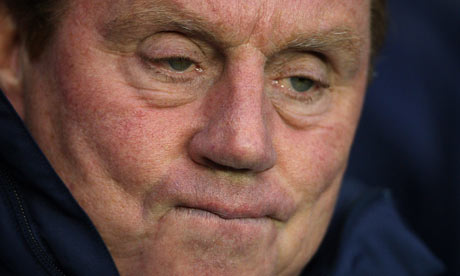 Mercifully, this was my first ‘Transfer Deadline Day’ for some years which remained untouched by the hype and breathless speculation of Sky Sports News (I cancelled my subscription some months ago). As it turned out there was probably no need for that particular network’s passion for sensationalism, as another day of extraordinary gambling in the transfer market unfolded with Fernando Torres heading for Chelsea for £50m and – in perhaps the most eyebrow-raising move of recent years – an apparently reluctant Andy Carroll making the switch to Liverpool from Newcastle for £35m.

Every year one of the over-monied English Premier League clubs takes an extraordinary leap for a seemingly ordinary player, and every year there is the inevitable chorus of “this can’t go on”. Yet we know there will be more of the same in the summer and another rash of panic-buying a year from now. There seems no end in sight for a level of spending we all routinely refer to as unsustainable.

I’m no enthusiast for Tottenham Hotspur but – even for a club managed by Harry Redknapp – they too had a remarkable Deadline Day. Bids for Carroll, Blackpool’s Charlie Adams and a seemingly endless pool of £38.5m-rated Spanish centre-forwards were capped by a £500,000 approach for Everton’s Phil Neville, a move their manager David Moyes described as ‘insulting’.

Redknapp, of course, is great copy for the sports journalists during the transfer window. Not for him the quiet reticence of only speaking when you actually have something to say – Harry loves nothing better than discussing other clubs’ players, giving the nod to the journos about the ‘deals’ he’s working on. Some regard him as something of a national treasure, the coming saviour of the English national team. Others see him as a throwback to another era, when players moved on a nod and a wink and everyone in the game ‘looked after each other’ as it were.

Personally I see him simply as an irritant, someone who should learn the concept of good manners and not ‘tapping a player up’. I’d quite like him to take the England job, sooner rather than later preferably, because I’m fed up of Spurs looking like they might be successful. It’s hard to imagine him as a national coach, however. No transfer market and therefore no opportunity to make public overtures towards Spanish forwards who might be able to “come in and do a job for us”. It would be destined to end in tears, but would no doubt be hugely entertaining along the way.

I never quite understood the rationale behind the transfer window. It always seems to be unfairly restrictive on the clubs with the smallest squads and the tightest resources. Newcastle, for example, now find themselves a key striker down with no chance to bring in a replacement until the summer. The ‘big’ clubs, by contrast, can afford to splash out heavily with a few hours of the window remaining, thereby reinforcing their dominance on a league already controlled by sugar daddy owners with deep pockets (or, in the case of the Glazers at Manchester United, large overdraft facilities). Perhaps the worried cries of unsustainability over the years have been wide of the mark, but Deadline Day does rather preserve the status quo – the one reason above all others that nothing’s likely to change soon.

I don’t own an HD TV, and when ITV Sport pull another missing-a-goal-through-cramming-in-an-extra-advert masterpiece purely for the benefit of their High Definition viewers, I have little reason to muster any envy for those who do.

I can’t say I’m a fan of ITV Sport. They appear to have an unhappy knack of making any sporting event, no matter how prestigious, somehow seem cheap and just a little bit, well, crap really. And so it proved once again for the World Cup group match between England and the USA, with HD viewers missing Steven Gerrard’s early false dawn for England while ITV broadcast an advert instead.

No doubt it was an honest mistake, but it started me thinking that perhaps HD viewers were the lucky ones – they had an extra couple of minutes without that most grating of living room intrusions: the condescending, skull-drilling squeal of a commentary delivered by ITV’s rambling, hysterical super-irritant, Clive Tyldesley. Tyldesley just about sums up ITV Sport for me: overly portentous, lacking subtlety and obsessed with Manchester United. He tries too hard to make a name and carve a niche for himself, and instead he ends up as the amateurish embarrassment one has to accommodate in order to watch a football match.

And it’s not as if ITV have only recently become rubbish either. Everton fans will tell you that ITV Sport have previous when it comes to missing goals, but long before that we’ve cringed our way through Elton Welsby and The Big Match, (the at times truly bizarre) World Of Sport and – unforgettably – Saint chortling away at Greavsie’s latest ‘witty’ Italia ’90 t-shirts (example: “Gullit’s Bullets vs Voller’s Volleys – Rudi will rule Ruud”).

Even their F1 coverage, which was often recognised as being innovative and surprisingly in-depth, was in no way lamented when the broadcast rights transferred to the BBC in 2009. In fact, quite the reverse. The BBC kept the bits that ITV did well (Martin Brundle and Ted Kravitz), lost all the stuff they did badly (commercial breaks during the crucial closing stages of races, being suckered into covering team sponsor’s promotional events as filler in the race build-up, Jim Rosenthal) and brought back Fleetwood Mac’s ‘The Chain’ as the theme tune. There was only ever going to be one winner.

And so it will be with ITV’s World Cup coverage. They try to compete (periodically poaching BBC anchormen – think Lynam, Ryder and now Chiles) but most armchair fans will always prefer the BBC’s more unobtrusive approach to match coverage, as will be clearly demonstrated when both broadcasters go head-to-head on the Final. (The BBC tend to win these ratings battles by a margin of four to one.)

I must, of course, give ITV Sport credit for one thing at least – the late Brian Moore’s now legendary commentary of Arsenal’s last gasp title win at Anfield in 1989. Enjoy the 21 year old clip, and try not to think of the almost total absence of anything comparable from ITV Sport in the two decades since.

What I mostly bang on about: